Entering His Gates with Thanksgiving 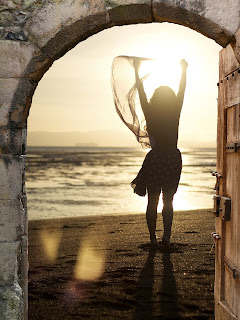 The change of seasons. We all feel it. We can tell the shift is happening, even as the natural times and season shift. Late Fall, Thanksgiving, Christmas… At one point it changed for me from my favorite time of the year to a dreaded season of sadness and turmoil. It’s been this way for the past four years since the fateful mammogram. But not this time. Not today. Not now. The NOW is brand new. NOW is where God is working on our behalf, even if we don’t see it yet, because He is not limited by our time (actually, He is not limited by anything). Now is the time to move with Him, to put one foot in front of the other, to fix our gaze upon Jesus, declare His praises!

Psalms 100:4 (KJV) Enter into his gates with thanksgiving, and into his courts with praise: be thankful unto him, and bless his name.

As the dust settles after magnificent Thanksgiving feast, I can barely gather all of the many stories, the stones of remembrance of my own. The power of our testimony is that this is our gift now, given to us by our loving Abba, and no one can take it away. Those are the treasures my good, good Father has crafted and gifted through the seasons!

In late November of 2014, I was scared and numb, as I called doctor’s office and went through scans, mammograms and body scans. I was still smiling for my friends, but the inside of me was dying, knowing that something was seriously wrong. We spent holidays, feeling suspended, waiting for bad news. But even then, He was faithful to remind me of His closeness and His victory. As we walked the dark valley of treatments, radiation, chemo, and at least five surgeries in two years, His presence was surrounding me as a shield.

Last year holiday season of 2017, was the second round of cancer battle. This time, the prognosis was much worse. “Hopeless”, “terminal”, what I’ve heard left and right. As our hearts were set on running hard after God, and lips were filled with His promises of His word, our minds were set on trusting and believing that He is able and willing to perform miracles.  Yet the scans kept getting worse! Every doctor visit, our hearts sank. But He is the lifter of our head!

Every time doctor said, “This looks bad”, and we felt knocked down to the ground, Jesus was right there to help us rise up again!

There were nights full of pain and anxiety about the deadly prognosis, yet He spoke the Truth, His “God-reality”! From the ashes and pain, He spoke to my heart, “Rise up, and walk!”, and I did. Many nights, as I praised His name through the pain, I felt it leaving, and His divine Shalom rest upon my soul and body.

All I know is when I had nothing else to say, I would open my mouth to praise Him! When I could not figure out the “why” and the “how”, I chose to give Him thanks for the victory in His word and for all He did for me on the Cross (Isaiah 53:3-5). Only by the grace of God!

Then there was a divine turnaround, step by step, miracles big and small. From faith to faith. From strength to strength. From glory to glory. Grace upon grace.

My liver was getting progressively healed for the past nine months, after nearly shutting down. From completely overtaken by lesions and threatening my life, to now having hardly any mass left, almost 90% healthy tissue!

My bones, the spine, the neck, head, ribs – from being covered with cancer to now have hardly any left.

From debilitating pain a year ago, to living free and being able to walk and function. Every step I take, I owe it all to Jesus!

Today, I pause in gratitude, collecting stones of remembrance, collecting the gems that my Abba Father gave me, and I can hardly believe my eyes. But one thing that I can say with utmost certainty, is that my eyes will always will stay fixed on Jesus. His praise will always be on my lips. When the valleys are low, when the mountains are high, or when the mountains need to move, His praise is our weapon and the key to entering the promises of His goodness!

Friend, lift up your eyes – your gates – and begin to magnify the Lord! He will come in glory and brilliance, your victorious Warrior.

Psalms 24:7 (KJV) Lift up your heads, O ye gates; and be ye lift up, ye everlasting doors; and the King of glory shall come in.